SYDNEY, April 4, 2018 /PRNewswire/ — DroneShield Ltd (the “Company” or “DroneShield”), a leader in the emerging industry of drone security solutions, has announced that its counter-drone products were utilised for the protection of the XXIII Olympic Winter Games in PyeongChang, South Korea.

Held between 9 and 25 February 2018, the Games featured 102 events in fifteen sports, with 2,914 athletes from 92 National Olympic Committees (NOCs) competed.

DroneShield has now received a formal confirmation from the 2018 PyeongChang Olympics Organizing Committee that DroneShield’s drone detection systems were successfully operated at the Olympics. 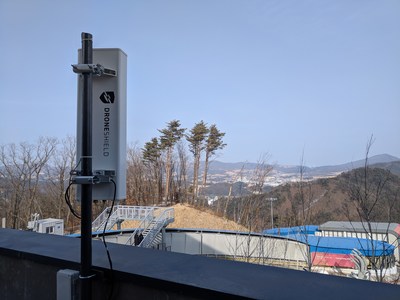 Oleg Vornik, DroneShield’s Managing Director and CEO, said, “It was an honour to be able to provide the PyeongChang Olympics with threat protection in the aerial domain. The use of our products at this pre-eminent event is a testament to their quality and effectiveness.”