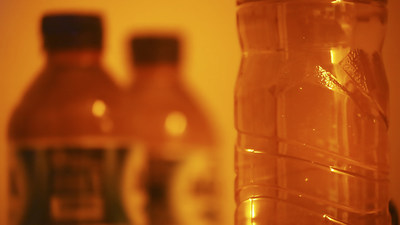 Plastic was identified in 93 percent of the samples. The global average was 325 particles per liter. Particle concentration ranged from zero to more than 10,000 likely plastic particles in a single bottle. The study was supervised by Dr. Sherri Mason, Chair of the Department of Geology and Environmental Sciences at the State University of New York at Fredonia, a leading microplastics researcher.

What this means for human health is unknown.

Orb is pleased to partner with members of the Orb Media Network (OMN), a group of global agenda-setting media which has collaborated to simultaneously publish this story.  By working together Orb and the OMN catalyze global dialogue on critical issues, focusing the attention of government, industry, researchers, civil society, and the public.

About Orb Media
Orb Media is a nonprofit journalism organization that reports on issues that matter to billions of people around the globe. We publish our work simultaneously with a global network of leading media organizations to catalyze global public dialogue to generate citizen-driven change. Fusing original research, data analysis, on-the-ground reporting, and an engaged public, Orb Media produces agenda-setting stories about the challenges we face together as one world. www.orbmedia.org.