MEXICO CITY, Jan. 30, 2017 /PRNewswire/ — The Mexico Tourism Board announced today that Mexico’s global air connectivity continues to grow at a record pace, with airlines around the world adding new routes, additional flights on existing routes, and upgrading to the latest aircraft models with larger capacities in order to meet the impressive demand for travel to Mexico. As of January 2017, airline partners have announced the addition of more than 1,000,000 new seats scheduled in 2017 on international direct flights to Mexico from more than 20 countries. 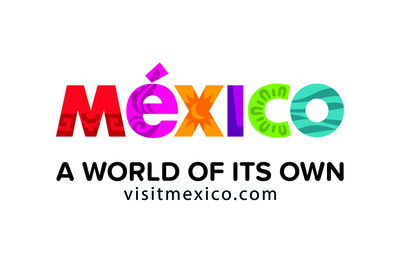 “This expansion includes service to Mexico from many new international cities to multiple Mexico destinations, which is part of our strategy of international market diversification. We are delighted to see our airline industry partners continue to recognize this momentum and further expand their connectivity,” remarked Lourdes Berho, CEO of the Mexico Tourism Board. She added, “While the 2016 Mexico tourism numbers are still being finalized, it’s clear that we will have another record-setting year of industry-leading growth in terms of international visitors to Mexico.”

Since 2013, Mexico’s international tourism has grown at an annual average of 10%, double the global industry average. This performance, which includes growing from 24 million international tourists to Mexico in 2013 to an anticipated 35 million for 2016, has catapulted Mexico from the 15th (2013) to the 9th (2015) most visited country in the world, according to the World Tourism Organization (UNWTO). Beyond Mexico’s world-famous sun and beach offering, growth has come from the attractiveness of Mexico’s many segments such as mega biodiversity, nature, gastronomy, luxury, high profile events like F1, cultural traditions like Day of the Dead, and the Weddings, romance, meetings and events industries.

New Routes from International Cities
Mexico’s increasing global popularity is evident in the commitment from existing and new airline partners to establish routes from new international cities as well as expand the number of Mexican destinations they serve.

As of January 2017, these new routes include:

Increased Frequency and Upgraded Aircraft
In addition to the newly established routes, more than 25 existing routes have confirmed additional frequency of flights or upgraded aircrafts, contributing to the additional capacity as well as overall improved traveler convenience and experience. For example, the recently unveiled Aeromexico 787-9 named Quetzalcoatl (Feathered Serpent) which will fly between Mexico City and London, Paris and Madrid in 2017 features improved cabin comforts, a business class menu designed world-renowned Mexican chef Enrique Olvera, and a 20 percent reduction in carbon emissions. Air France has also recently launched service to Mexico City and Cancun from Paris on its flagship A380, making it the first airline in the world to fly this aircraft to Mexico.

In each of these areas, partnerships with key destinations as well as global travel operators will bring an ever-expanded portfolio of options to travelers of all types. Connectivity and industry partnerships are critical to Mexico’s goal to appeal to a broader audience in new markets, globally. This all will help in achieving the new ambitious goal of reaching 50 million international visitors by 2021.

Al-Jaafari: Syria expresses strong condemnation of Mladenove’s insistence on not tackling the situations in the occupied Golan